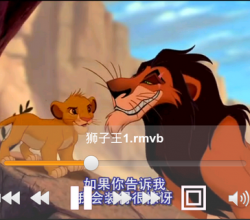 SopCast is a simple, free way to broadcast video and audio or watch the video and listen to radio on the Internet. Adopting P2P(Peer-to-Peer) technology, It is very efficient and easy to use. Let anyone become a broadcaster without the costs of a powerful server and vast bandwidth.
SoP is the abbreviation for Streaming over P2P. Sopcast is a Streaming Direct Broadcasting System based on P2P. The core is the communication protocol produced by Sopcast Team, which is named sop://, or SoP technology.
Main Features:

State-of-the-art P2P technology. Share the data among all viewers, make the channel more available and stable.
Minimal delay in the P2P streaming market.
Fast buffering. 10-30seconds.
Firewall and NAT traversal technology to pass 90% P2P barriers.
Build your own channels and broadcast it over the Internet.
Streaming real time streams. Support for many streaming transport protocol. mms, http, etc.
Streaming media files. Many file types: asf, wmv, rm, rmvb, mp3, etc.
Support for loop file playing.
Extremely low memory footprint and CPU load.
Standard channel URL: click on any sop:// URL to play.
Real time monitor of broadcasting source quality and network quality to help viewers to select a appropriate channel.
Record the clips when you are watching it.
Can play the stream with your favorite player, such as Windows Media Player, RealPlayer, VLC, etc.
Memory buffering, no harm to the hard disk.
Support for authentication for both the broadcasters and the viewers. The broadcaster has full control on his channels.
End-to-End security, encrypted messages, hi level P2P security, no hijack.
Support multiple channels broadcast on the same server. Normally, you can run 5-10 channels on one PC.
The Sop Player can be embedded into a webpage or any software applications. It works just like Windows Media Player.
The Sop Server and Sop Player can be run both on Windows and Linux. The whole system can be ported to embedded Linux.
Freeware, not ad/spy ware.

Link To SopCast For Android