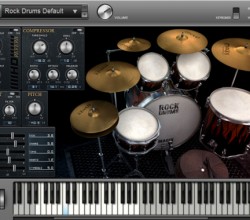 Create your own hit single!

Want to make your own songs? With the new MAGIX Music Maker 2013 it's easier than ever to make great songs quickly and easily on your computer.

More than 3000 professionally produced sounds and loops from a range of musical genres provide everything you need to make great songs. Simply combine loops and play around to produce cool new tracks.

Give your song an edge by using the Vita Instruments to create your own melodies. Make your song even more unique with your own vocal recordings, awesome guitar riffs or your own keyboard melodies.